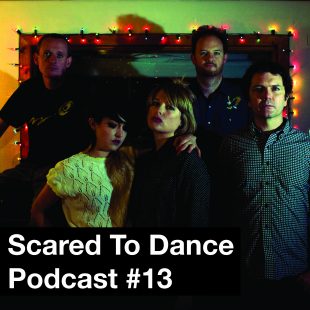 Shrag have put together our latest podcast ahead of their DJ set at the club this month.

They’ve released one of the best albums of the year with Canines and we can’t wait to have them back on the decks. Here’s their track-by-track guide to the mix.

“This song is such a rush of energy, positivity and joy”

“We get B52s comparison a lot. Hearing this song I’m confident that it’s a good thing”

“I met Davey Henderson last year in Glasgow and shook the man’s hand. He’s so small but his bands are so perfectly formed”

Felt – Down But Not Yet Out

“From my favourite Felt album. It did much to dispel my fear of organs”

“Sonic Youth do that rabble-rousing sloganeering call-to-arms so well. Love Thurston’s snarled venomous vocal. And those guitars are mind blowing”

“Sebadoh don’t get the attention they deserve. Or maybe they do. Whatever, they deserve more. And it should be sacred”

“I found out about Chandra Oppenheim through that site waxidermy which was/is a treasure trove of weird and forgotten records. She released the Transportation EP at the age of 12. Records by kids are always good, but this one is kinda startling for its precocious petulance and wit. It’s a bit insane, but it’s also insanely good. And she’s right, it really isn’t fair for the girls with brown hair”

“Dark disco from Frank Tovey. One of the joys of the internet is unearthing clips of this man perform. Check out his live version of this in particular”

“I can’t explain why this band aren’t more cherished. Infinitely better than The Who”

“The Go-Betweens do disco! Of sorts. Awkward yet beautiful”

“You can’t not have this man involved in a compilation. This song opens his 1979 album The Bells and tricks you into thinking the album’s gonna be upbeat and poppy. It isn’t”

The Fall – I Feel Voxish

“Mark E. Smith rewrites the English language again. Come to think of it I’m feeling voxish at this very moment. That bass line is well voxish too”

“I like songs that start with a great bass line. Brotherhood proved what a great rock band New Order were”

“Some of the most perfectly realised lyrics ever. To pack such a punch with so few syllables is something of a masterclass in economy”

Joni Mitchell – A Case of You

“Slanted and Enchanted rightly gets the plaudits but this song from Wowee Zowee is definitely one of my favourites. It’s almost anthemic”

“A shimmering thing of beauty from Kurt Ralske. I downloaded his CV the other day. Impressive technical skills”