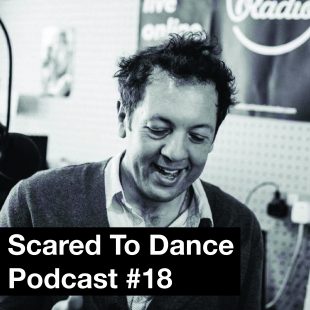 The journalist and broadcaster Pete Paphides has put together our latest podcast.

We love his BBC 6 Music show Vinyl Revival and he’ll be DJing a strictly vinyl only set at the club this month. Here’s his track-by-track guide to the mix.

“Not a man to shirk from exploiting his assets, 1966 saw Berry Gordy oversee the creation of San Remo Strings – an instrumental project which reconfigured well-loved Motown classics for an easy listening audience. Of course, this being a Motown release, using members of Motown’s in-house backing band, the results were often no less sublime. Festival Time was a case in point. Originally released on the San Remo Swings album, its adoption at northern soul all-nighters finally prompted a single release five years later, which scraped the top 40. You can also pick it up fairly cheap on Vol. 7 of the Motown Chartbusters series”

Garnet Mimms – As Long As I Have You

“Songwriter Jerry Ragovoy had a knack of writing great songs on which singers could really let rip. He penned Piece Of My Heart and Time Is On My Side for Erma Franklin and Irma Thomas respectively, and he also gifted this to Garnet Mimms. Measured out by a ravenous beat and a heart-stopping vocal performance, As Long As I Have You does more stellar work in two minutes than most artists can manage in twice the time”

The Flirtations – Nothing But a Heartache

“Written by Wayne Bickerton and Tony Waddington, who went on to mastermind The Rubettes’ success. Again, big on the dancefloor but failed to trouble the chart on its release in 1968. Not even its recent appearance on a KFC ad or Freemasons’ 2007 cover of the song can dampen the thrilling surge of adrenalin that takes hold on that first chorus”

Kiki Dee – With a Kiss

“For the best part of the 60s, the erstwhile Pauline Matthews – former Boots shop girl from Bradford – was tipped to enjoy similar success to Dusty Springfield. And listening to this highlight from her 1968 debut I’m Kiki Dee, it isn’t hard to see why”

The Toys – Sealed With a Kiss

“The Toys almost ultrasonically squeaky version of Brian Hyland’s 1962 hit purges the song of all suicidal tendencies and ramps up the tempo. What was once a moping farewell is transformed into a gum-chewing apology from a protagonist who’s surveying the field even as she sings”

“Stevland’s voice was breaking, which explains why Levi Stubbs is present to assist on this oft-overlooked gem from 1965’s Uptight (Everything’s Alright) album. It was Dinah Washington’s version of the same song that Amy Winehouse chose to cover when she appeared on Later in 2004. I can also imagine she would have done a wonderful job with…”

“The feeling of falling for someone you really shouldn’t be falling for has been the basis of countless pop gems – but few singers have expressed that feeling with the perfectly weighted blend of excitement and trepidation that Dee Dee Sharp brings to this 1963 single: ‘You’re gonna break my heart, I know/And if I played it smart I’d go/But I’m so wild, wild about you baby'”

“Some songs preview emotions that you’re too young to experience at first hand. When I was ten, I had no idea what it felt like to fall in love, but Duke Of Earl made me feel like I did. It told me that love was the ultimate redeemer; that having someone who loved you back could make you go from feeling like a nobody to a somebody: “And when I hold you/You are my Duchess/My Duchess of Earl.” Of course, having been born in 1969, the first version I heard was the 1979 hit by ubiquitous pop revivalists Darts. Whilst there’s a lot of heart in their rendition – produced attentively by Roy Wood – Gene Chandler’s original has gently supplanted as the one that my inner jukebox seems to select. But other than that, not much has changed. If my kids ever ask me what falling in love should feel like, this will be the record I reach for”

“On the face of it, he has everything he needs. Piles of cash. A flash car parked outside. Next door is an overcrowded hovel: “a worn hole/I just don’t see how it can hold a soul/But the people living there are so close together/That that old house can hold any kind of weather.” Our protagonist has no such worries. His house is “like a mansion/Standing so brave and tall/But for all the love that’s in it/It might as well fall.” And so the narrative pendulum swings back and forth. Their car is falling apart; his motor is top of the range – “but for all the joy it brings me/I might as well trade.” They’ve “got a half a dozen kids” and always seem “short of all they need/[but] even though they haven’t got a lot/they seem contented with what they got.” Meanwhile, “I’ve got all the money/A man can hope to save/But for all the love it buys me/I’d give it away.” What an underrated singer Long John Baldry was. I can’t think of any of his contemporaries who could have delivered a loner’s lament with such honey-dripping charisma”

“More songs about the neighbours. Horace Andy’s version of Garnet Mimms’ (yes, him again) 1964 single rewrites the melody and attaches it to an irresistible rolling backing from The Paragons. Horace also went on to do the honours on the Cure-sampling Massive Attack version which appears on Mezzanine, but I don’t think you can beat the route one approach of this recording”

“Recently reissued on the Japanese Kentone imprint, this sweet slice of popcorn ska is an unconfined joy, not just for the sizzling synergy of Stranger Cole and Queen Patsy’s vocals, but for the clanking magic of The Skatalites’ backing”

“Thanks to all the belated superlatives bestowed upon it by famous fans like Primal Scream and Richard Ashcroft, Dion DiMucci’s Phil Spector-produced 1975 opus Born To Be With You is regarded as a masterpiece – less so, it must be said, by Dion himself, who dismissed t he end result as “funeral music.” A year later, this surfaced as the b-side of of New York City Song. It should be an emphatic pledge of undying love – that’s clearly what the intention was – but in the event there’s a lugubrious drag to it, as if struggling to bear the weight of Spector’s maximalism. What results is the sonic equivalent of chewing on methadone-soaked Bazookas”

“Written by Benny and Bjorn (with their manager Stig), but ABBA’s version is technically a cover. The song was written to order for Swedish pop duo Svenne & Lotta when they competed to represent Sweden in the 1975 Eurovision Song Contest. When the song came third in the domestic qualifiers, Benny and Bjorn reclaimed it and stuck it on their eponymous third album. These days when music fans talk about ABBA, the conversation tends not to proceed beyond The Visitors. No harm in that, but it would be a shame to overlook such unassuming moments of pop genius – when the cleverness of the construction is revealed only in the euphoria you feel on hearing it”

The Korgis – If I Had You

“After failing to trouble the charts in the several years they spent with Stackridge, James Warren and Andy Davis donned regulation new wave skinny ties and became bona fide pop stars with The Korgis. This was the first of their two top 20 hits, a prolonged sigh of unrequited love suspended in such a spell of Lennonesque loveliness that #9½ Dream might have been a more accurate title”

I Was a King – Norman Bleik

“Bittersweet janglepop played with untutoured gusto is something of a dying art these days, but Norway’s I Was A King have learned from the best – that much is apparent from the title of their 2010 single, an affectionately misspelled nod to Teenage Fanclub’s de facto (by virtue of being the one who stands in the middle) frontman”

“The shining highlight of the Fannies’ Grand Prix album was written by Norman in support of Duglas from BMX Bandits, stuck in a toxic relationship with the same girlfriend who also inspired BMX Bandits’ 1993 single Serious Drugs”

“More Scottish indiepop royalty. A track from my current obsession, the 2012 album released by Stuart Murdoch’s trusty lieutenant in Belle and Sebastian. As Stevie explains in the song and the liner notes, Richie was his best friend at school. He was the alpha male: he attracted the prettiest girls and had the better record collection. I think there may be a subtext to this song – that Richie was destined for the sort of life Stevie has gone on to enjoy with an internationally successful band. I’m not in Belle and Sebastian, but I’ve had moments that have exceeded any aspirations I dared hope for as a kid. And at times like that, I can instantly recall half a dozen friends from my past who were probably better qualified to enjoy those breaks instead of me. But, as with Richie, I have no idea where most of them got to. I also love Stevie’s guitar playing on here. Very reminiscent of…”