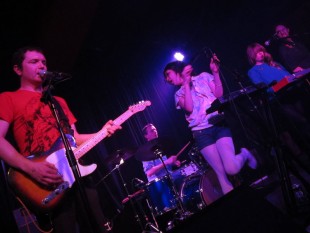 It was an emotional farewell to Shrag last night at The Lexington. How about that goodbye message from Marc Riley at the end followed by “Rabbit Kids”? They will be sorely missed.

Here’s what we played at the show. The majority of the following songs were chosen by members of the band.