THE SONGS OF JASON MOLINA 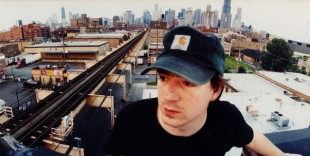 The very sad news reached us last week of the passing of Jason Molina. Our friends The Wave Pictures recorded a collection of Jason’s songs a few months ago in order to help with his medical funds.

In collaboration with Where It’s At Is Where You Are and Hugh John Noble, the band have released The Songs of Jason Molina which you can now buy on Bandcamp. All of the proceeds will go directly to Jason’s family so please give as much as you can.

We will be putting on a Wave Pictures gig later this year to help contribute to more funds and there will be another compilation album with a stellar cast covering Jason Molina songs. Details on both will be revealed in the coming weeks.

Here’s a few words from The Wave Pictures’ David Tattersall.

“I hope that they seem to you like a fitting tribute to one of my very favourite musicians. I hope that you enjoy them, briefly, before they send you back to those mighty originals.

Please donate whatever you can afford, his family still need the money.”