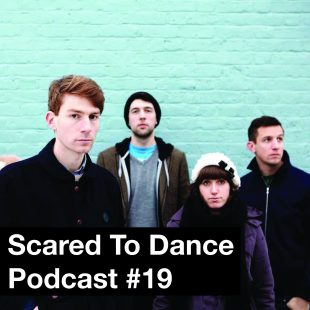 The Rosie Taylor Project have put together our latest podcast ahead of their DJ set at the club this month.

The band have just released their superb debut album Twin Beds on Odd Box Records and we’re looking forward to welcoming them to the club. Here’s their track-by-track guide to the mix.

“My friend CK introduced me to this. I would like to do more than just praise it, but I feel it’s his to talk about. Just ask CK”

Dirty Projectors – Gun Has No Trigger

“This was latest album stuff and it cut out more of their typically discordant song sections, retaining a heartfelt, sweet groove”

“Musically one of their most tender songs I think. It’s nothing new to say Hayden Thorpe’s vocals are impressive but here they are at their most resigned and most communicative”

Solange – Lovers in the Parking Lot

“Has a respectable 62 plays on my iTunes, not as many as “Losing You” but worth a mention”

“I sang this in the shower last week”

Dear Winesburg – Into the Dim

“This is a really beautiful song with insightful lyrics. It’s not disco but you can’t ask for much more”

Bright Eyes – Lover I Don’t Have to Love

“Conor Oberst played at the Barbican last month and it highlighted how difficult it is to engage friends who weren’t listening to Bright Eyes at an appropriate age circa 2002. This is a second stab at it”

“There aren’t many bands we all agree on but The National probably get close. This one because not everyone’s heard it and it has the line “your heart’s full of liquor and me and everybody are just ice in a glass” which is pretty special”

“Bella Union’s wonderful, Veronica Falls are wonderful this track is probably my favourite by them”

“We saw this pair play at Madrid Popfest and it just made me sad how terrible as a country we are at listening to music that’s not in English, these guys should be the champions of the indiepop/punk scene, so much energy and just the right side of the twee”

Life Without Buildings – The Leanover

“Or the sound of me discovering post-punk was alive and well. The sort of half sung/spoken vocals could be seen as a bit irritating by some but it’ll dig into your bones and get stuck in your head”

Here We Go Magic – Hard to Be Close

“Evidence of the power of radio, after hearing Guy Garvey play this band nearly every week on his radio show I finally caved and gave them a proper listen, this and “How Do I Know?” have rarely left my ipod since”

“They’re an indiepop band from Leeds, we could claim we taught them everything we know, but we don’t know much about writing songs that sound this jaunty”

Tom Waits – Back In the Crowd

“My parents got me into Tom Waits, I have to thank my parents for shaping my ears right generally. This is a newish track of his and it’s amazing after so many albums he can still be so creative and so heart warming”

“I’ve mainly put this in because the list was in danger of getting a bit too out of touch with the kids this is probably called dub-step or post-dub-step or something, anyway it’s good either way”

“We once had the pleasure of supporting Midlake, which will always be one of my proudest moments. This a personal favourite of mine but you could play anything off of Van Occupanther and I’d be happy”

Orange Juice – Rip It Up

“I’ve been listening to a lot of Edwyn Collins lately, his story is so inspiring and without wanting to get overly sentimental to hear him sing is to hear proof of the healing power of music. This is and will always remain a classic”