GOODBYE TO THE LION 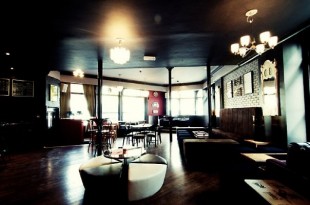 Unfortunately The Lion, our home for the past 3 and a half years in King’s Cross, was purchased on the 1st July. At the moment we don’t know if it will remain a bar and venue or if the new owners will be turning it into flats. Consequently we won’t be doing anymore club nights there.

We’ve had some great nights, from Pat Nevin turning up and telling us stories about John Peel the month before he was supposed to DJ, Josie Long singing throughout her set and having a whale of a time, Dougie Anderson on New Year’s Eve, Dan Willson from Withered Hand learning how to DJ on the job, Standard Fare and Tigercats debut sets, to Simon Armitage bringing half of Huddersfield down with him after their playoff victory in 2012.

It was a big jump from the Slaughtered Lamb to The Lion but we had a a lot of happy memories there. Thank you to Josh and Amina for being great hosts and being excellent to work with. We’ll miss our film screenings and the lethal cocktails.

The remaining club nights for 2013 will be at the Moustache Bar in Hackney. You can join us this Saturday from 10pm where we have Veronica Falls as our guest DJs. We hope you can make it.