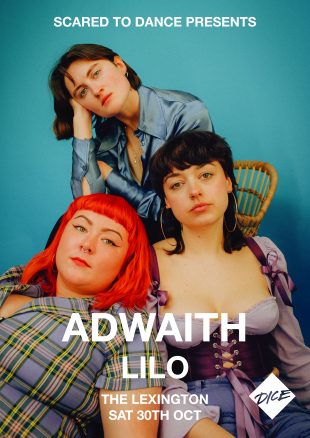 Scared To Dance presents Adwaith on Saturday 30th October at The Lexington.

Support comes from lilo and tickets are on sale at DICE.

lilo are a duo from London. They released their debut Tinted Windows/Tough Love EP in 2017 and since living in different countries for a while are back playing and recording again with recent singles “Change” and “Scarecrow”. Taking influence from the likes of Kings of Convenience and Adrianne Lenker, their harmonies and acoustic guitar come together to create a uniquely delicate, indie folk sound.