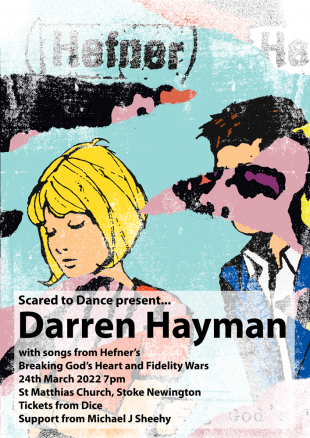 Support comes from Michael J. Sheehy at St Matthias Church and tickets are on sale at DICE.

By his own account, Michael J. Sheehy has pissed away two or three careers. Having formed Dream City Film Club in 1995, the band released two albums on Beggar’s Banquet before disbanding in 1999. Despite a few bumps along the road, he has continued making music as a solo artist and as part of the rock band Miraculous Mule and as one half of psychedelic electronic duo United Sounds of Joy. His latest album, The Crooked Party Sings, is his first in a decade and is finely crafted collection of bastardised folk songs, murder ballads, traveller tunes and sea songs.