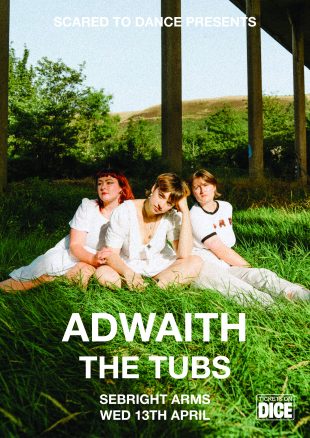 Support comes from The Tubs and tickets are on sale at DICE.

The Tubs were formed in 2019 by Owen Williams and George Nicholls, formerly of much-loved Welsh pop band Joanna Gruesome. The two hunkered down in rural North Wales to expand on the fuzzy, hook-laden sounds they propagated in their former outfit, this time incorporating elements of post-punk, traditional British folk, and guitar jangle.

They hit the ground running, releasing the I Don’t Know How It Works 7-inch in early 2020 and playing gigs with UK colleagues like Porridge Radio, Ex-Vöid and Marcel Wave. Their brilliant four-track Names EP came out last year on Trouble In Mind and Prefect Records.