Support comes from Hatty Taylor at The Victoria 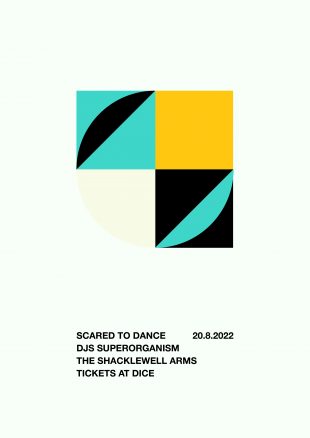 We’re back on Saturday 20th August at The Shacklewell Arms.

Our guest DJs are Superorganism. B from the band will be playing records at the club off the back of the release of their new album World Wide Pop out on Domino. 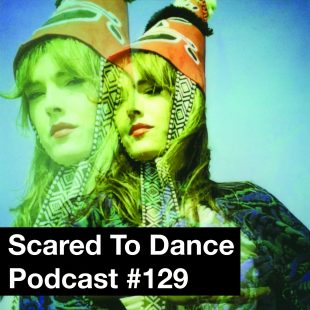 Our monthly new music podcast is back with our selection of the best new indie and alternative music.

Gwenno’s brilliant album Tresor has been nominated for the Mercury Prize and we begin with “N.Y.C.A.W.”.

Alvvays are back with their “Pharmacist” taken from their upcoming Blue Rev LP and Superorganism collaborate with Gen Hoshino, Stephen Malkmus and Pi Ja Ma on “Into the Sun”.

Hot Chip put out the excellent “Eleanor” and CIEL return with “Baby Don’t You Know” ahead of their Not in the Sun, Nor in the Dark EP.

The Bug Club have announced details of their new album Green Dream in F# and we feature “It’s Art” alongside new tracks from The Lounge Society, Special Interest and Horsegirl.

Sister Wives are set to release their debut Y Gawres and we preview it with “Greater Place” plus new singles from Chorusgirl, Hanya, Ynys and Father John Misty.

Barbican Estate formed in Tokyo in 2019 and consists of Kazuki Toneri, Miri and Koh Hamada. They’ve consistently played shows in the Tokyo underground scene along with releasing an EP and three singles in 2020. They released their debut album Way Down East in winter 2021. Barbican Estate uses drones, psychedelic soundscapes, driving rhythms, and vivid lyricism to create their massive sound.

Based out of London via Atlanta, Big Dipper released their self-titled debut album in April last year. Recorded in Hackney, it was a collection of stamping rock ‘n’ roll glamour, bringing to mind everything from MC5 to Jonathan Richman. Now expanded to a four-piece band, the band released their brilliantly strutting track “Just Love” followed by recent single “Moving On”.

Restless Taxis are an alternative three-piece band from London fronted by Michael Asukyle. They released their debut single “Migraine” at the end of last year and cite influences such as Sonic Youth, Stereolab, Fugazi and Dinosaur Jr. Sometimes loud, sometimes quiet.

Written and recorded between Southampton and Reykjavik, Weekend Punks play surf pop, but with relatively little experience of surf or sun. Reverb on everything, distortion on most things, and a nostalgia for places and times never visited. 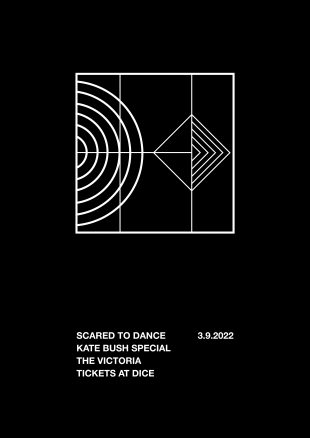 We’re back on Saturday 3rd September with a Kate Bush Special at The Victoria.

Our guest DJ is Jessica Gladstone. Except to hear the best from The Kick Inside, Lionheart, Never For Ever, The Dreaming, Hounds of Love, The Sensual World and more.

Army Dreamers . Babooshka . The Big Sky . Breathing . Cloudbusting . Don’t Push Your Foot on the Heartbrake . The Dreaming . Eat the Music . Experiment IV . Hammer Horror . Hounds of Love . James And The Cold Gun . Kite . Love and Anger . The Man With the Child in His Eyes . Mother Stands For Comfort . Moving . The Red Shoes . Rubberband Girl . Running Up That Hill (A Deal With God) . Sat in Your Lap . The Sensual World . Strange Phenomena . Suspended in Gaffa . Symphony in Blue . Them Heavy People . This Woman’s Work . Violin . Wow . Wuthering Heights 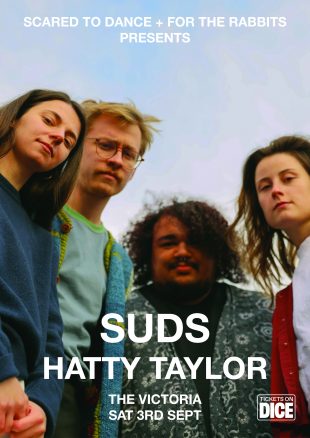 SUDS headline the Scared To Dance and For The Rabbits monthly gig night on Saturday 3rd September.

Support comes from Hatty Taylor at The Victoria and you can get your free tickets at DICE.

The last band to perform for us back in 2020 before the worldwide hiatus, SUDS are a four-piece based out of Cambridgeshire and Lincolnshire. Back in 2019, the band caught the ear of many with their debut EP, It Suits Me Well. SUDS recently returned better than ever with two new band members and a fantastic new single, “My Own Mind”.

SUDS’ sound is one of atmospheric guitar sketches, soft soaring vocals and creative rhythms, the sound of creative people casting off the shackles of the daily grind and letting their musical imaginations run wild. With more new music on the way, they’re a band very much on the rise.

Both a musician and painter, Hatty Taylor is a hot-off-the-presses new artist based out of London. Despite not yet having put any music out into the world Hatty has already been shortlisted to play at Truck Festival and performed at some of East London’s most iconic venues. Having recently been in the studio working on new music, Hatty will be bringing her full band to The Victoria to showcase why she’s an artist at the start of something special.

Support TBA and tickets are on sale at DICE.

Withered Hand is the nom de plume of Edinburgh-based singer-songwriter Dan Willson. A well-travelled solo musician with a cult following, Dan has been celebrated in his adopted country and further afield as a songwriter and lyricist of rare wit and honesty.

Building on his acclaimed debut Good News, the release of a strident second album New Gods almost ten years ago propelled Withered Hand into the charts, featuring appearances by friends, luminaries and supporters from the Scottish music scene, from Belle and Sebastian to Frightened Rabbit, The Vaselines and beyond.

Dan and his band recently recorded a third album with Tony Doogan (Teenage Fanclub, Belle and Sebastian, The Mountain Goats) at the helm, and will be performing stripped-back solo versions of songs from the long-awaited new record (scheduled for release in 2023) alongside old favourites at this intimate performance. 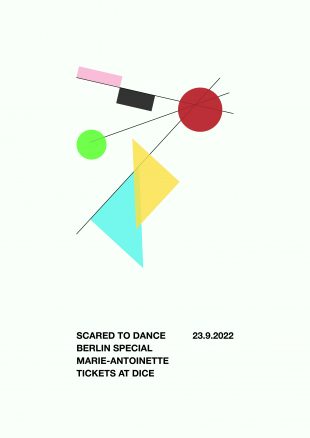 We’re back in Berlin on Friday 23rd September at Marie-Antoinette.

Our guest DJs are Toby and Finn Kidd from Hatcham Social ahead of the bands show at Ghost Town. They’ll be joined by Andre Lessner from My Little Underground. 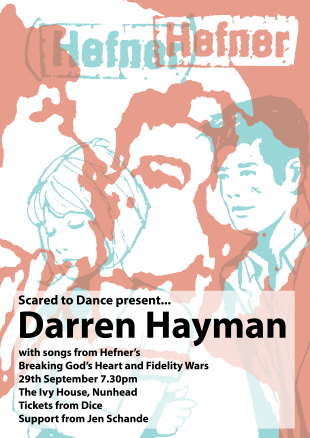 Support comes from Jen Schande at The Ivy House and tickets are on sale at DICE.

California bred, London-based Jen Chochinov has been writing songs under the name Schande since the early 2000s. Finding home in both UK and US DIY circles, she has a discordantly catchy, melodic indie rock sound that is in equal parts calm, searing, soothing and roaring. Since releasing a split 7” with The Cribs, she has been a member of Thurston Moore’s Guitar Ensemble playing shows and festivals throughout the UK and Europe. 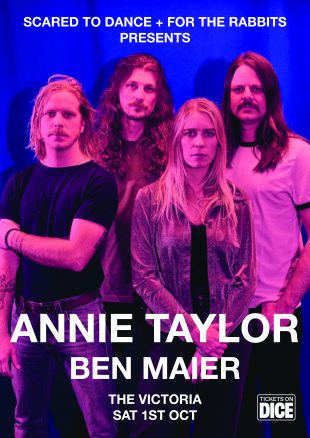